Following a twelve-day trial in Garfield County District Court, a jury entered a verdict in favor of JWC Environmental, Inc., a manufacturer of an industrial grinder represented by Godfrey | Johnson, P.C., finding it was not liable for the Plaintiff’s loss of his left hand and forearm while operating the grinder. Plaintiff suffered this injury while working at an oil drilling site in Parachute, Colorado in 2015. He was attempting to clear what he described as a “jam” in Defendant’s dual-shafted grinder (known as a “Muffin Monster”), and claimed that the machine started spontaneously from the “off” position, trapping his arm in the blades of the machine. 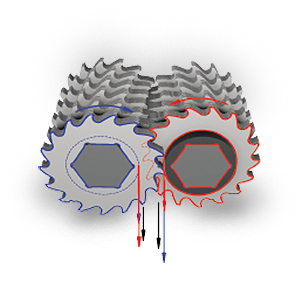 Plaintiff sought more than $12 million in damages, claimed that the Muffin Monster designed by JWC Environmental, which was being used to process drill cuttings at the drilling site, was not suitable for the use to which it was being put, and that it designed to force an operator to use his or her hands to clear frequent jams within the grinding chamber. He claimed that a 4” diameter inspection port on the machine improperly allowed hand access, and that the control panel was defectively designed, allowing the machine to restart while in the “off” position. He argued that JWC had acted unreasonably in failing to change this design, and further contended that he was entitled to punitive damages as a result of Defendant’s willful and wanton conduct.

The jury, after less than three hours of deliberation, found that the Defendant was not liable, and more specifically, that the grinder was not defective.

“This was a fairly complicated case,” said Johnson. “We conducted over 25 depositions, throughout the United States and in Canada, and dealt with complex engineering, product safety and medical issues. We had to carefully teach the jury the engineering, medicine, reconstructive forensics and industry standards on all of these issues to the jury in a straightforward and understandable way.” Product liability is a specialized area of law in that it involves many statutory and regulatory doctrines, and the case-law giving rise to specialized jury instructions is vast. This forces product liability trial lawyers to fit their presentation within a framework of complex legal rules and industry standards, while preserving juror comprehension and understanding.

While Johnson was lead counsel, Josh Smith handled a significant portion of the trial, including direct and cross-examination of lay and expert witnesses, as well legal argument on various motions and preparation of a detailed set of jury instructions. During trial, the court granted a motion by the defense for a directed verdict, dismissing the punitive damage claim.

The defense introduced testimony from five separate experts: Ben Railsback, P.E. and Robbie Longseth P.E. on mechanical and electrical engineering issues, applicable safety standards and codes. Other experts called by the defense included Barton Goldman, M.D., drilling procedures expert Michael Smith, and engineer Brian Strandjord, P.E.. Feedback from the jurors following trial was stellar, both regarding the quality of the experts and the presentation of evidence.

“Managing a case of this size, which included medical, engineering and regulatory issues, testimony from approximately 25 witnesses, and hundreds of technical and demonstrative exhibits, required significant technological capability in the courtroom, which fortunately we possess,” said Smith. “We had all of our evidence at our fingertips, which made our presentation clean and efficient, and allowed us to respond to questions from counsel, the Judge, and sometimes the jury, instantly.” 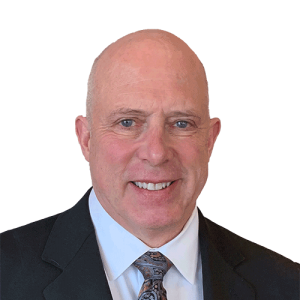